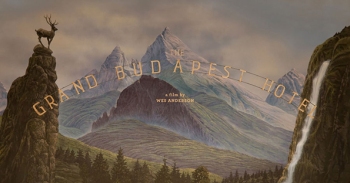 So back when Wes Anderson’s Grand Budapest Hotel was in theaters, I went to see it. I went alone. And I disliked it so much I walked out on it. I don’t think I’d ever walked out on a movie before.

Then I ate a hamburger and read reviews of it.

Then I went home and wrote my own long, rambling “review” that I never posted because my wife said it was terrible, and I agreed. Now I’m pulling that review out of my drafts folder and dusting it off, and if you’d care to join me we’ll use text like this to review the review.

One problem is immediately clear: I seem to feel it necessary to establish my indie cred, to authorize myself to speak on the subject…

“I am in love with Bottle Rocket. Not only did I not walk out on that one, I saw that one in the theater back when nobody was going to see Wes Anderson movies in the theater because he wasn’t Wes Anderson yet. I was living with relatives in Chicago at the time, unemployed and going through an early-life crisis. No one wanted to see Bottle Rocket with me because it featured no known actors and no known explosions. In fact, when I asked my cousin to go, he furrowed his brows and said why? Around the same time, I also went to see Fargo, which was another movie no one wanted to see with me.”

See how I did that? I established my fanhood, which entitles me to speak negatively. Then I name-checked another indie film I “discovered” before anyone else. Clearly, I have a very special authority. And now I can say this…

“My point is, the new Wes Anderson ain’t doing it for me like the old one did. By the old one I mean the one who made Bottle Rocket. The Royal Tennenbaums was good too. But Rushmore didn’t do it for me. And The Life Acquatic With Steve Zissou was simply awful. I haven’t seen The Darjeeling Limited or Moonrise Kingdom. I don’t need to see Darjeeling to know I wouldn’t like it. Almost everything I’ve heard or read about it tells me I wouldn’t. What I’ve heard or read about Moonrise Kingdom, on the other hand, tells me I might like it. I will see it one day, and I will want it to be good. I will want to like it, and I hope that I do.”

So far all I’ve said is I liked Bottle Rocket a lot and others not so much. I’m two paragraphs in, I haven’t said a word about the movie I’m “reviewing,” and I’m trashing movies I haven’t seen.*

*(Sidenote: I later watched Moonrise Kingdom. Part of it, anyway. It wasn’t doing it for me, and I turned it off.)

Now I launch into my review proper…

“The story begins in the present day with a girl who is reading a book. Almost immediately, the film flashes back to 1985, to the author of the book beginning to tell the story of the book. That sets off another flashback to the author as a young man in the 1960s. In the flashback, the author as a young man meets another young man with a story to tell, and as the man with the story to tell begins to tell his story, we flash back to the 1930s, and the story begins. By this time, I was ready to walk out.”

(I’m justified in feeling this way, I do still think.)

“It would be another hour before I really did walk out, but the movie had already lost me. That Russian nesting doll of framework is not charming or fanciful storytelling, as some critics seem to be saying. It is overly clever bullshit. The storyteller’s job is to engage me directly and make me care. Cluttering things up with multiple layers of storytellers and flashbacks only makes me disengage and not care. I don’t mind that it’s clever. I mind that it’s overly clever.”

Why am I so angry about this? I don’t know, but it’s interesting that the last time I tried to review a movie, I myself was trying to be overly clever and got tangled up in bad writing. Maybe I’m angry because I see something that I don’t like in myself. Or maybe I’m just a jackass.

“Overly clever is trying so hard to be clever that the important thing, characters we care about, get lost. I want to be directly invested. Telling me things (literally telling me, via narration) about someone who is interested in someone else who has a supposedly interesting story to tell assumes I will be interested either in someone else’s story of someone else (a very bad assumption), or the writer’s own cleverness. In this case, I think the writer is not advancing story but rather the notion of the writer’s own cleverness.”

Okay, that seems like a fair point. But now the wheels come off…

“While I’m on the subject of this movie, I don’t think trotting out an endless parade of well-known actors makes a movie great.

“Before I walked out, GPH had trotted out Ralph Fiennes, Jude Law, F. Murray Abraham, Bill Murray, Willem Dafoe, Jeff Goldblum, Harvey Keitel, Ed Norton, Tilda Swinton, and Adrien Brody. I hear Owen Wilson showed up at one point, and who knows who else (I don’t, because I walked out). A parade of stars does not make a movie good. In fact, I would say this star parade was a distraction. These big names did nothing that decent character actors could not have done. They only called attention to themselves, as if to say here we all are advancing the notion of Wes Anderson’s cleverness. What’s more, some of these big names seemed to be going through the motions. And some of these big names haven’t really been working much at all lately outside of Wes Anderson movies. I think that critics see all these faces showing up in a Wes Anderson movie and assume they are supposed to like the movie a lot, even if it’s just overly clever bullshit.”

Pop quiz: How many different tangents arose in that last paragraph? How obvious is it that I was just drunk-ranting? Now watch as the car caroms off the road…

“These actors too, as good as they are perceived to be, do not seem to connect with this material. Ralph Fiennes was praised for his humorous performance by many critics. I found it polished, but lifeless. I single him out because critics are, and because he’s not American. The American actors really underwhelmed me. Much of this movie is set in the 1930s. People of the 1930s carried themselves a certain way, spoke in a certain way, at a certain clip, in certain cadences, which I’m not certain American actors are capable of achieving anymore. Or perhaps are not interested in achieving anymore. Maybe they weren’t asked to. Maybe Wes Anderson didn’t want them too. No matter, because this phenomenon is not unique to this movie. Today’s actors have lost touch with that part of their history. I would bet DiCaprio didn’t really pull it off in The Great Gatsby. I haven’t seen it, but I’ve seen clips, and I didn’t see anything in those clips that made me think he was connecting with that material. None of this has much to do with The Grand Budapest Hotel, other than that it was something I was thinking before I walked out.”

You know what I’m doing? I’m imitating the style of another blogger I like. And it’s not working. It’s a bad imitation, just me sounding like a jackass. I may be a jackass, in fact. That’s really the definition of a jackass, isn’t it? Saying things the wrong way, and not realizing it? Fun game: Can you identify the blogger I’m unsuccessfully imitating? Hint: He’s a he, and has 26,000 followers.

Here’s where I start to wrap it up (and eat a hamburger, which was the only part my wife liked)…

“I try to avoid reviews of movies prior to seeing a movie because I don’t like my take to be colored by what other people think. I do often read reviews after I see a movie, though, especially if I have strong feelings on it. Since I was especially disappointed by this movie, I was especially interested in seeing what others thought of it. And since I walked out early, I had time to kill. I went to Five Guys and read reviews on my phone while I ate a hamburger.

“I was disappointed to see that a lot of people loved this movie. I would prefer to be in line with what other people think, but I’ve come to accept that I rarely am. I did find a review by a guy named Walter Chaw that I agreed with. Read the full review here, or just read this snippet:

[This] is all just carefully-posed eccentricity, the very manifestation of hipsterism and all the weariness that implies. It’s affectation without authenticity…There’s not a ten-minute stretch in The Royal Tenenbaums I can watch without weeping — it’s the truest emotional conduit I have to my grief for my father’s death and the ruin of our relationship before it. Yet there’s not one moment in The Grand Budapest Hotel (or Moonrise Kingdom before it) that moves me even in a basic way.

Hey look, he did the same thing I did! He asserted his indie cred and re-established his fandom, thereby authorizing himself to speak negatively! Now comes my big finish:

“I didn’t do any weeping during The Royal Tenenbaums, but I did enjoy it quite a bit more. My wife really connected with the father figure as well in that one. It’s guilty of some of the same pretensions as GBH, but they were new pretensions then, and less pronounced. I wanted to like GBH, I just didn’t. My favorite Wes Anderson movie might always be Bottle Rocket. And I’m in love with that one.”

Of all the problems with this post, this might be the biggest: I got the subject wrong. I should have just written about Bottle Rocket. I wanted GBH to be something other than what it was. I wanted it to be that other movie I saw by myself, the little gem starring no one, that no one wanted to see.