I truly regret that my duty to my employer, the unfortunate Rothchild, is to hereby put forth publicly the following claims on his behalf, which he dictated with as much clarity as he could muster in his current condition, which is not a very good one. 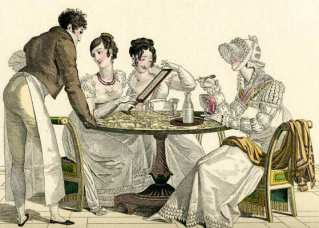 The Declaration of Independence of the Autocratic Parlorment of Rothchild

When in the course of Human Events, a government, having been founded upon noble-sounding Principles, and having asserted such Principles as self-evident which are not really so self-evident as they have been asserted to be, and having been conceived in noble Purpose, yet having allowed that Purpose to be devoured by the same worms which inhabit Dr. Littlejohn’s trousers, certain disgruntled individuals subject to such government may, after due and difficult deliberation, choose to cast off such government in order that they might establish a more efficacious Government under Different Principles.

By this Declaration, that portion of Physical and Temporal Space defined by the contours of Rothchild’s Parlor is asserted to be a Sovereign and Independent nation under the rule of me, Rothchild. I declare it equal in Status to all other nations established in the history of Humankind. The Government of this Independent Nation shall be an Autocratic Parlorment, wherein the Parlorment is a single-chair authority consisting of me, Rothchild, who shall provide checks and balances against my own Autocracy.

The Charter of the Autocratic Parlorment of Rothchild

Within the Nation, Gentlemen shall conduct themselves according to the Whimsy of the Autocrat (me). Examples of My Whimsy shall include, but not be limited to, the rending of tunics, the playing of flutes at high volume, the making of meat coats, and the casting of insults at Dr. Littlejohn, who is a man of insufficient Tawdriness. There shall be no Distinguished Behaviors, which shall not include, and are not limited to not including, the Polite Discussion of Matters of Interest, the Exchange of Pleasantries, and the Transaction of Business, all of which have become tiresome.

Infractors of These Policies shall be penalized. Penalties shall include a lot of shouting and instantaneous deportation to the Old Country, either through the door (minor infractions) or through the window (significant ones). The Arbitrator of such a question as to what comprises Whimsy or Distinguished Behavior shall be my single-chair Parlorment comprising me. Under no circumstance should Littlejohn ever be given authority to do anything.

Citizenship in the Autocratic Parlorment of Rothchild shall be obtained by decree of Rothchild (me) only. Individuals desiring Citizenship shall petition Rothchild (me) directly. I, Rothchild, shall consider each case and determine whether Citizenship ought be granted based upon merit. Or possibly Whimsy. Should Citizenship be petitioned by and granted to a member of any group, family, tribe, cult, or what-have-you, that Citizenship shall apply only to that petitioner, and not the group, family, tribe, cult, or what-have-you. Any individuals being born Upon or Within the Parlor shall not be considered Citizens or granted Citizenship outside of the Mandate established above, unless they should like to adopt me as their prophet and sage, in which case exceptions might be considered provided an arbitrary number of Feats of Whimsy have been demonstrated.

The articles above, the one below, this one, future articles, and all possible amendments, are subject to further amendment at any time. Amendments that seem wise at first but turn out to be not so good at all will be null and void. Previous drafts of modified or discarded articles and amendments are eligible for restoration. Amendments and restorations may be proposed or ratified by either the Autocrat or Parlorment (me and me), provided checks and balances do not stall the process. Each of these Governing Bodies may, with the consent of the other, filibuster to preclude these decisions, or any others. Before moving on to Article 5, it might behoove the Reader to revisit Articles 1-4 for Amendments or Restorations.

Let us now engage in Whimsy.